International history has been around since the dawn of the discipline, defining History’s earliest aims, as the study of the primacy of foreign policy, or diplomacy. Yet there are only a few historians who name themselves international, and few departments, courses, or chairs that announce this subfield in history departments in Australia, or in the world. But what is International History today?
In the twenty-first century, in the wake of the transnational turn, International History is being recalibrated, reinvented and re-energised. This project will reflect on the state of international history, from its ‘new’ foci on international organizations and ideas, its new archives and new methodologies, to its connections to the ongoing discussions on globalizing historiography.
Conference: What Is International History Now? University of Sydney 23-27 July 2018
Conference Program

In conjunction with the conference ‘What is International History Now?’, the Laureate Research Program in International History, University of Sydney, is convening a Research Laboratory on the past, present and future of International History on Monday 23 July 2018.
Interested students and ECRs in History, I.R., Law, or other relevant disciplines can apply for a place in this ‘laboratory’ featuring:
Matthew Connelly, Columbia University
Peter Jackson, Glasgow University
Sandrine Kott, Geneva University
Dirk Moses, University of Sydney
Patricia Owens, Sussex University
Davide Rodogno, The Graduate Institute, Geneva
Glenda Sluga, University of Sydney
The laboratory is part of the ‘What is International History Now?’ conference to be held from Monday 23 – Friday 27 July.
It includes a public panel and reception on the Monday evening, opportunity to participate in a breakfast seminar on ‘International Thinking’ with Profs Anne Orford (Melbourne); Chris Reus-Smit (UQ); Patricia Owens (Sussex University); David Armitage (Harvard) and Breakfast seminar the next morning, Tuesday 24 July.
We encourage early career scholars completing PhDs, Postdocs, ECRs to apply. Please send a bio and statement of interest (one page only) to beatrice.wayne@sydney.edu.au by end of May 31, 2018.

The Department would like to offer a warm congratulations to all of our students who graduated recently.
These included six new PhD recipients: Sarah Bendall, Billy Griffiths, Mick Warren, Nick Irving, James Findlay, and Kim Kemmis. And two new MAs, Rainald Roesch and Anne Armistead-Higgins.
The graduating cohort also included close to forty History Honours and BA students, including University medal winner Alexander Jackman.
Many congrats to all on your achievements and good wishes for your future endeavours.
The occasional address was given by Professor Michael A. McDonnell from the Department of History. A transcript of his speech can be found here. 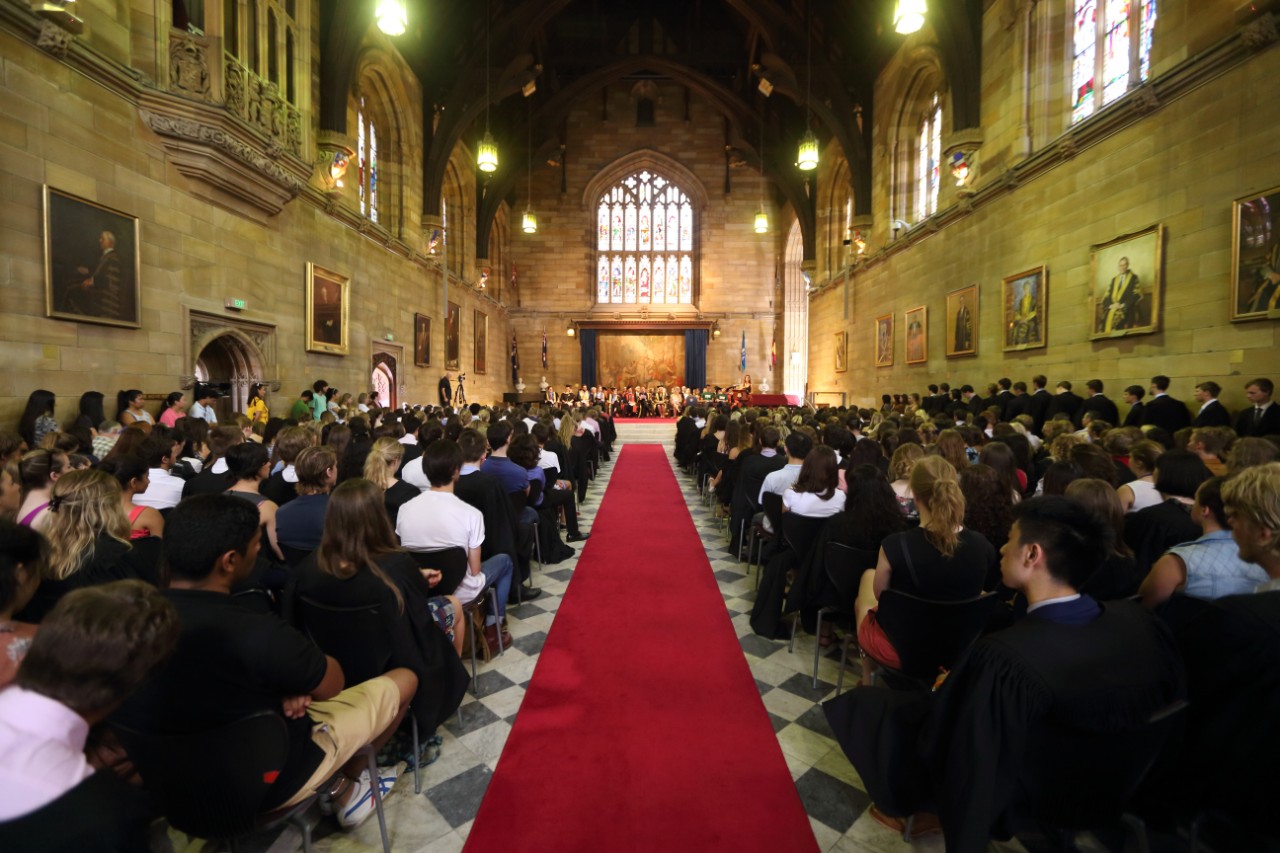 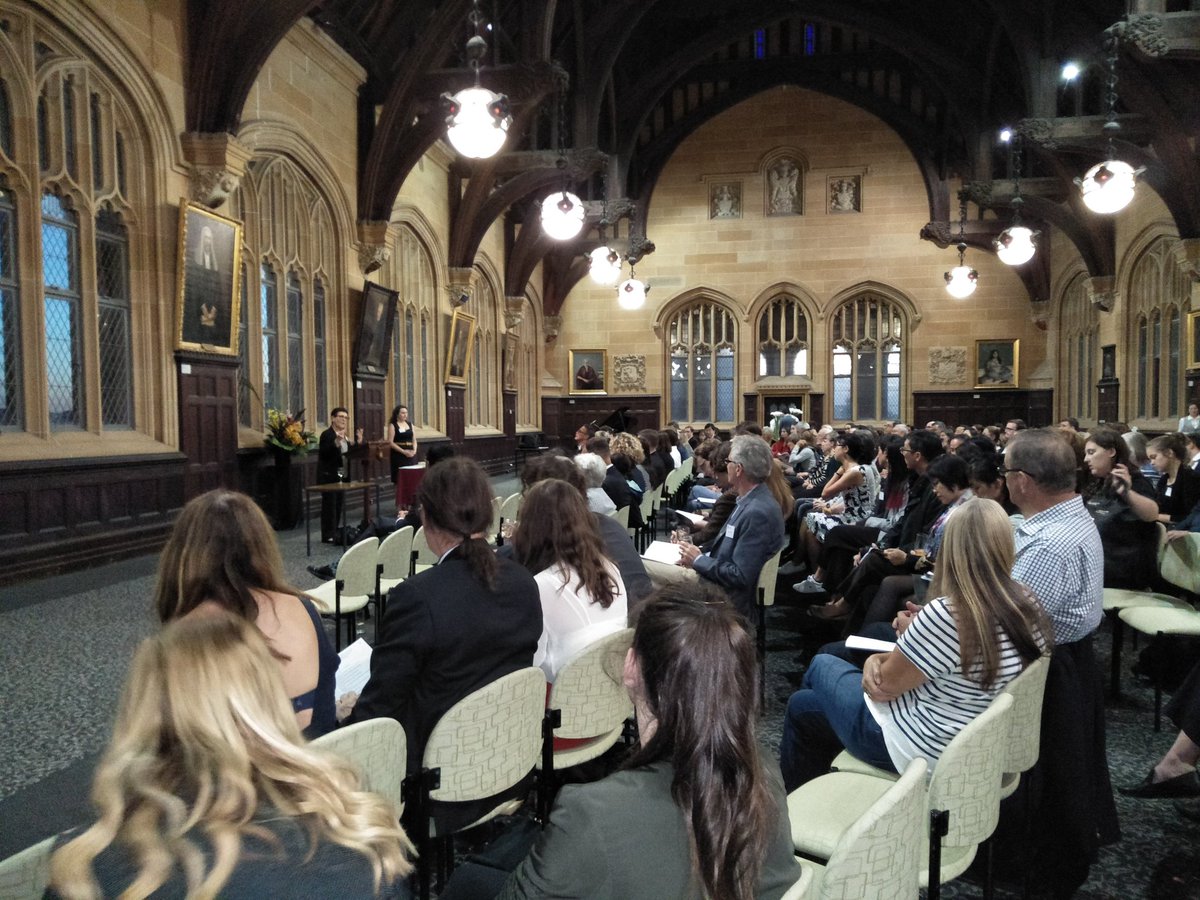 On the 6th of April, 50 students from Chifley College public school came in busloads to campus. This was for the Stage 4 Social Inclusion in History Open Day for 2018. The purpose of open days like this is to introduce the idea of studying at university to students for whom this may not be the typical trajectory.
The day started with a welcome by Michael McDonnell. He spoke of the importance of education and how it can enhance the quality of life and opportunities for persons from a range of backgrounds. The students were split into four groups, and participated in four different educational and historical activities in a round robin. A campus tour was led by USYD student volunteers, who showed the high school students their favourite places on campus. The students experienced a treasure hunt and historical quad tour, as well as a talk about First Nations history in Sydney. After lunch, there was a theatrical demonstration by the Society for Historical Anachronism. All the students received show bags before a final wrap up.
The day only came together with the help of the amazing USYD student volunteers who led the teams. As well as the co-operation from Cecil Hills’ teachers, and our experts Craig Barker and Simon Wyatt-Spratt.
The teachers and students were incredibly pleased with the outcome of the day. Cecil teacher Steffanie Haskett expressed to us that introducing kids to university at this point of their education can make a crucial difference to decision-making later. 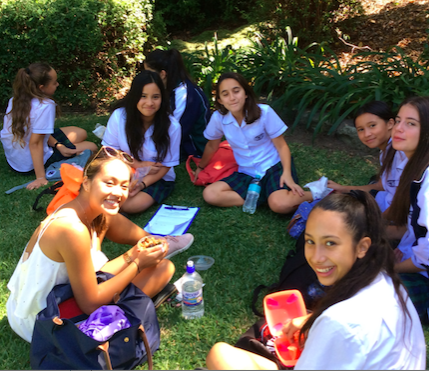 We will be following this up with a Stage 5 Open Day in July!