‘We’re a pack of Shamrocks, Shamrocks are we…’, this is the start of the team song that Shamrock Rugby players have sung for the past 50 years. The Woonona Shamrocks play at Ocean Park, an old garbage dump turned into the heart of rugby for the northern suburbs of Wollongong. Next year marks the clubs 50th anniversary in which I aim to capture the essence of what it means to be a Shamrock. On the journey so far to find the clubs history I have learnt the complexities of being a historian. The club itself has limited archives regarding the club’s history, the most valuable sources are a 25th-anniversary book and another by the Illawarra district Rugby Union (the competition the Shamrocks play in) which together form a general history of the club. From this, there are still massive holes in the clubs history with key information missing such as records of years the club didn’t perform well and major milestones such as the club’s first win.
When starting my research I went to the Wollongong library to find any resources on the club, they told me they had nothing and my best bet would be going to the local paper, the Illawarra Mercury. When I went to Illawarra Mercury’s office they told me they had nothing and that I should try the Wollongong library. I had now come to a dead end and after messaging the Illawarra District Rugby Union and other key people my investigating had come to a halt.
Every Thursday morning a group of old boys prep Ocean Park for the coming home game, doing tasks such as watering the grass and mowing the field. I was invited to come to join them and quickly learnt the real reason they met up was not just to the maintain the facilities but rather to catch up over a cuppa and talk about the one thing that connects them together, the love of rugby. Whilst sipping my tea and eating my third lamington I realized that the information I was looking for was right in front of me. When studying history at university you are often removed from the event being studied and almost recalling it as if it were a story. From seeing the old boys talk about their experiences with the club I realized that history and the people in history are real. While I had been trying to find sources in the library I had seemed to have forgotten the start of the team song that I had sung so many times, ‘We’re a pack of Shamrocks, Shamrocks are we…’, I had forgotten about the pack. The Shamrocks Rugby club has a rich history, even though statistics are important it is the individuals that make the club what it is and this is the history I want to be remembered. 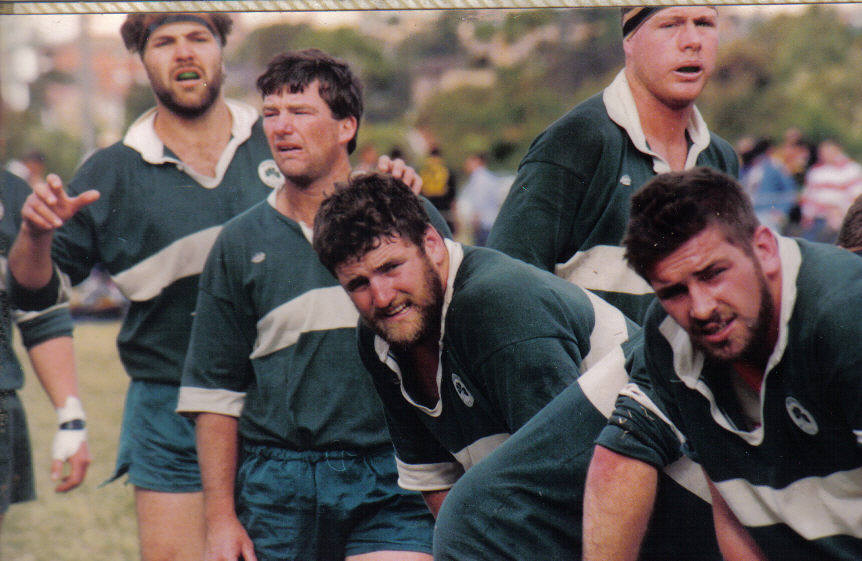