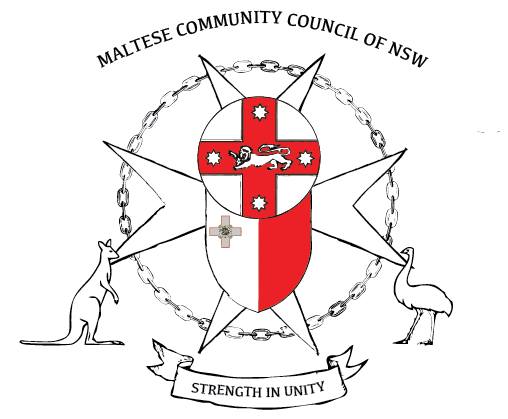 When initially contacting the Maltese Community Council of NSW (MCC), I knew very little about the organisation. Through my initial research of the organisation, I identified early on that there was a need for it to more publicly acknowledge their own achievements and history, which was lacking from the website. This project was created from discussion with the organisation and the specific needs they identified, including not having a physical document of central information to present to individuals at events. From this addressed need, the decision was made to develop a brochure to have a written description of major achievements. This would include roles, services, contact information and key achievements of the organisation. It was further discussed to make sure this document was as accessible as possible a copy would be placed on the website to be downloadable. Further, it was agreed that the key achievements would also be placed on the website under a created ‘history tab’.
In creating a timeline of key achievements for the organisation, the goal of the project was to draw attention to the history and significant work of the MCC. This can be summed up in the question I am attempting to answer with this project: What does the MCC’s history, development and work reveal about the impact this organisation, on the local Maltese Australian community as well as the international Maltese diaspora.
The key achievements timeline was established through use of various sources and verbal consultation with the key leaders of the organisation who have personal knowledge.
The detailed timeline of key accomplishments of the MCC draws mainly from key primary and secondary sources, including key documents, images and publications.
The importance of the MCC having historical connection gave it a deep sense of community, a link to the national migration narrative of Australia and familial connections. I felt it was important to write the history of this organisation, that continues to remain a significant feature of the Maltese community. Further, being acutely aware that I was an outsider to this community and organisation, I ensured that I continuously engaged and discussed with them throughout the project.
The impact of this project is due to the identified need that the organisation did not have an established timeline, and this project significantly addressed this issue by drawing attention to the organisation’s work and contribution over the decades. In creating this project, the goal was to allow the organisation to have wider reach and create something physical that can be utilised and passed on to future generations by the MCC. The importance of this project is that it addresses a key area in which the MCC was lacking.
The choice of media use in this project is specific to the organisation’s needs. The mediums identified for the project was both physical, in the brochure, as well as digital, including digitization of the brochure and establishment of a history page.
The brochure was chosen as it is a physical form that was needed by the organisation to be used at events, both cultural and governmental. The brochure was made to be a direct and effective medium to convey key information about the organisation. Further, the colour scheme chosen reflected the Maltese flag, being a key cultural reference. The layout also was specific to be able to convey as much information as possible in this one document, addressing key areas, of role, services, affiliated associations, contact information and achievements of the MCC. The brochure will be utilised at local events as well as internationally.
The website, including creating a ‘history tab’ and placing a downloadable version of the brochure on the website, makes the project more accessible to a wider audience. The timeline placed on the website also has accompanying primary sources, which enhance engagement and provide visuals to accompany the development and achievements of the organisation. These visual aids were to compliment the written text and were specifically chosen as key sources of the organisation’s key achievements.
Further, placing the document on the MCC’s social media, specifically their Facebook page, will again widened the reach of this project. Spreading the project to as many platforms as possible will allow for the widest reach of this information in addressing the key goal of spreading the achievements and history of the MCC, including hopefully to younger generations of descendants.
A further major factor to consider in developing this project was sustainability. In designing this brochure and the inclusion of the timeline, this document can continually be updated by the organisation. Further, by establishing the history tab and adding the initial timeline, it will become another source by which the MCC will continue to add digitally achievements, historical information and sources, as they now have an established place to do this.
The strength of this project is that it arose from engagement with the MCC and though discussion of what would benefit the organisation. This was when the brochure was specifically identified. Further, the need for the organisation to enhance their digital presence was also discussed in the initial meeting, so the proposal of also including the website and social media was suggested. Due to these factors, the project was framed around the need to enhance awareness of the achievements and history of the organisation. The project serves the organisation’s identified needs as well as being able to be continue and sustain the organisation into the future. This project’s ultimate aim was to highlight to various audiences the key historical achievements and ongoing commitment and service of the MCC to the Maltese Australian community.
Links:
MCC NSW Website – Downloadable Brochure https://mccnsw.org.au/main/page_about_us.html
MCC NSW History Tab https://mccnsw.org.au/main/page_history.html
MCC NSW Facebook Page https://www.facebook.com/groups/1526025277656567/