Rule of Law Institute of Australia

Travel and immersing myself in new and dynamic cultures and ways of life has always been a passion of mine. I also hold a great amount of respect for people and organisations that are dedicated to helping those in need to help themselves. For this reason, I elected to work with the Australian Himalayan Foundation (AHF). The Australian Himalayan Foundation is an Australian charity committed to improving the quality of life for those living in remote areas of the Himalaya. They aim to achieve this through working in partnership with the people of the remote Himalaya to improve living standards through better education and training, improved health services and environmental sustainability.
So what am I actually doing with the organisation? Well after meeting with the CEO Carolyn Hamer-Smith for coffee last week, Carolyn explained that one of AHF’s goals for this year was to create a history of the company’s major achievements since establishment. I was later emailed a list outlining what exactly the company wanted included in this list and got to work researching and constructing. I quickly realised that this would not be an easy task. Due to the lack of online data on the organisation and the fact there have been so many people coming and going through the company; both volunteered and paid, it has been very hard to access the needed information to create this list. I have arranged to go into the office next week where I will meet with the sectary who will hopefully be able to give me access to some much needed files and information that will help me with the project. I will also be able to have a further discussion with the CEO about how they are planning on using the information I gather. It has been an interesting journey thus far and I am excited to see where it takes me.

History and literature are tightly linked, and have a multidirectional, relational connection. That is, literature can both reflect and embody history, allowing for an accessible insight into the past for future generations, and influence history by bringing to the fore new beliefs, understandings and norms whilst spreading ideas throughout society.
When I was originally faced with the task of determining an organisation to work with for a project, I spent hours fruitlessly scrolling through the wide array of not-for profit organisations on my local council’s website. After realising how difficult it was to narrow down this vast array of organisations, I began to think about how I could incorporate my interests into this task. Thus, as a history and english major I decided to try to merge both sides of my degree and remembered a scheme that I had seen and heard a little bit about previously, the Street Library Organisation.
I made contact with the Street Library Organisation and began brainstorming some ways in which I could create a suitable project in collaboration with this organisation. After meeting with members from the organisation and discussing a few different project possibilities, we decided that the most suitable and mutually beneficial project to create would be a walking tour based around the Erskineville and Newtown area. By presenting this on a public platform, this task aims to spread awareness of this organisation, particularly as it aims to grow. This area of focus will allow for an exploration of some of the first Street Libraries in Sydney, providing insights into their local impact from some of the Street Library owners.
I hope that this project will highlight the value of this organisation, both in its ability to encourage reading as well as inspiring a sense of community. The reliance on books to be donated allows for a wide range of literature to be available through this scheme, with books targeting all groups in society and of all genres.

When I was younger, I carried around a certain apprehension that was attached to my cultural identity. Growing up and living in Western Sydney, I was aware of how important my personal history was in determining every detail of my life. From my name, to the food I ate, to the language I spoke at home, it shaped me. I was constantly immersed in an understanding of my cultural identity, and the short walk from my primary school to my home would highlight little pieces of me. There was the library that contained archives of Turkish history in the area, that detailed the migration pact that allowed my family to arrive in Australia in 1971, then the men of every colour flooding the mosque for their Friday prayers, and the little Turkish café which served traditional maraş ice cream.
On the other hand, this immersion would become overwhelming, and at times, I found that the ways in which my grandmother attempted to explicitly teach me about our culture, history, and religion, felt contrived. How could I learn about myself without become disenchanted? As history students, we can all acknowledge the importance of interaction with our personal histories, and how essential it is to create a space where that can be done comfortably.
The Austolian Youth Association (AYA), is a not-for-profit organisation which aims to maintain cultural and historical connections between individuals in the local community. ‘Austolian’ is a portmanteau of ‘Australian’ and ‘Anatolian’, created to illustrate the place of Turkish cultural and historical knowledge in the lives of Turkish-Australian individuals. The group holds biweekly dance rehearsals in which members learn dances from specific regions in Turkey, gain cultural knowledge, and prepare for performances at festivals and weddings.
The AYA states that their central goals are:
• To emphasise respect of Turkish culture.
• Improve intercultural communication.
• Promote understanding across cultures.
• Become the central point of cultural learning for youth. 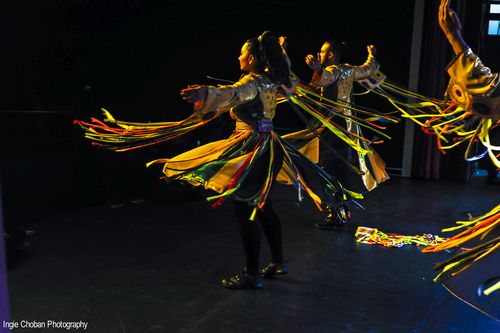 I’ve been allowing my project to unravel naturally, through my interactions with the association. I’ve focused on resettling myself into the association, and becoming reacquainted with members. I’ve begun conducting interviews containing open-ended questions, both with members who have been there from the beginning, and others who have joined recently. Since their current focus is preparing for the ‘Taste of Turkey’ festival, which begins on the 13th of October, I’ve been observing their process of preparation and I’ve found that their clear dedication translates to their desire to represent Turkish history in a manner which reaffirms the importance of retaining cultural knowledge. In my short time back with the association, it’s clear that these members don’t just come here to dance.