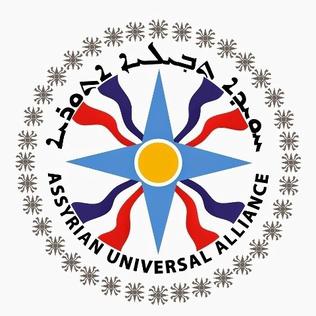 Logo of the Assyrian Universal Alliance

From the get go, I knew this unit was not going to be easy. I also knew it was going to be fun, hands-on and inspiring. Being able to help out an NGO and practice all that I’ve learnt in this history unit and the many others has so far been a really cool and positive experience.
For the major project due, I have planned to assist the Assyrian Universal Alliance- Australian Chapter in organising a tab on their website and FaceBook page that recognises their history and achievements to date. As the Assyrian Universal Alliance (AUA) is an organisation that endeavours to represent the Assyrian communities worldwide and provide a voice to such a marginalised peoples, I also aim to interview their core members about the certain knowledge, histories and memories they may have acquired over the years. Using the information they share, I want to be able to collate their responses inasmuch as an effective way possible to benefit the new and younger generation’s knowledge of their Assyrian culture, history and heritage. For this project, I must be able to build and develop on my organisation skills, as I will be needing to collate as many sources and information as I can to produce an effective and informative webpage that discusses the AUA’s history and achievements. Furthermore, and perhaps the most challenging, I will need to make a huge development on my ability to speak Assyrian, the preferred language of the core members of the AUA. As well, this project will require me to communicate and interact with elders and core members, which demands a different mode of communication- that of respect and professionalism in order to make the most out of my interviews. In carrying out this project, I aim to benefit the AUA’s overall standing within the Assyrian community as varied opinions exist concerning the extent of the AUA’s helpfulness and usefulness. Ultimately, I hope to present to the Assyrian community the long and successful history and achievements of a devoted, non-profitable organisation that only endeavours to see its community survive the test of time.

Assyrian Genocide Monument in Bonnyrigg, NSW (erected in 2010)
From the research that I have carried out so far, the AUA has accomplished most of their momentous achievements in the past two decades, including the unveiling of the Assyrian Genocide Monument in the suburb of Bonnyrigg, NSW, in 2010 (a project that began in 2001, with a huge amount of paperwork and a numerous amount of persuasive presentations to get the nod of approval from council representatives). With the Assyrian Genocide Monument on their minds, the AUA became the primary callers and advocates for State Parliament’s recognition of the Assyrian, Armenian and Greek genocides perpetrated by the forces of the Ottoman Empire between the years of 1915-1922. In 2013, after more paperwork, persuasive presentations and countless interviews and conferences with members of Parliament, the AUA became victors and a motion to officially recognise the heinous genocidal acts that attempted to annihilate and destroy Christian minority groups was passed.
In the coming weeks, I hope to learn more about the AUA- not just the organisation but also the people behind the genius of it all- because they are the people who have driven their community to unification, dignity and recognition.